I have made a subscription for SFR internet box in 2018 October with a one year commitment. (Subscription made at SFR Chatelet les halles, Paris). I finished my 12 months commitment by 2019. I later moved to Zurich and now I live in vienna. Inorder to cancel my subscription, I tried to call 1023 several several times and no one responded in English. Some customer care persons did not understand English and few understood but rudely responded that they did not want to speak in English 😞

At the moment, I don't speak french neither do I know anyone where I live, who speaks french. Please tell me a way to cancel my subscription. I have been paying 25euro a month since more than one year without using any services.

I believe atleast posting a question here, gives a proof of my consent to cancel my subscription. Soon, I am going to request my bank to revoke authorization to SFR to debit from my account. I am also going to revoke last 3 months invoices.

I made several attempts to cancel but SFR's business strategy did not allow me to do so. You talk in english and lure visitors to make subscription, but when it comes to cancel there is need for calling 1023 with no english service. +33***** This is the contact number of an SFR employee at SFR les halles (in 2018) who even gave him phone number to me, made too much marketing and finally made me subscribe. Just to point out that, employee went this far to make me subscribe. I want to cancel now and no service for it.

Re: Cancellation of subscription (Internet Box) 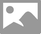 There are no customer service representatives here, and there is no other way to resign other than calling 1023 and ask for the address (you have to send a letter to resign your subscription).

I also have to tell you not to revoke the bank authorization, as it will start a payment default procedure if you do.

I strongly advise you to look for someone who can speak french and call on your behalf. Sorry for not being able to help you more.

Have a nice day nonetheless. 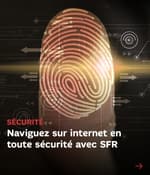