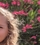 We cancelled our fixed line &internet after sfr could not supply the service they promised.

We complained at Poitiers Auchan shopping September, were told by a member of staff we should go to ORANGE ?

Our contract was due to expire in October so we visited the store again and were persuaded to continue with the contract and the new super router would solve the problems. We waited 2months for it to arrive at first it seemed ok but with Christmas we really didn't use so much into January the internet was dropping 10 to 15 times a day.the final straw was watching football TV started buffering when the picture returned a goal had been scored.

We went to the Poitiers shop to cancel nobody mentioned penalty for cancelling a service we were not getting.

SFR SENT A FACTURE FOR 602 EURO

I have paid but I think SFR should be ashamed for taking money under false pretences.

SFR broke the contract by not supplying the service

I most certainly will never recommend sfr to anyone.

Edit CM : For your safety, please do not mention any personal infomations such as (family name, phone number, e-mail adress, contract reference...)